A Reopening Much Worthy of “Sinan” 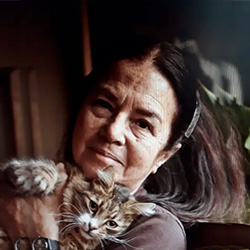 The reopening of Ataturk Cultural Centre on October 29th, the day commemorating the proclamation of the founding of the Republic, forty-one years after the fire incident, marks a very important turning point in the cultural history of our country. I hope that the works of art to be staged in this magnificent space in the heart of İstanbul, the ancient city that unites the two continents, will revive the honourable cultural values of our history, present and future, bringing them back to Turkish society and giving them the pride they deserve.

The great states that emerged on the history scene have always risen on the shoulders of their great artists; with Shakespeare, during the reign of Elizabeth I, who transformed the  Island of Britain into an imperialist power, the Great Lorenzo (Lorenzo de Medici), who brought the second Renaissance movement to Florence and Europe after Andalusia, with Leonardo da Vinci and Michelangelo. Goethe, Beethoven and Wagner during Germany’s 19th century great cultural movement, Voltaire and J.J. Rousseau during the French 18th-century Enlightenment period. Mustafa Kemal Atatürk himself deemed it essential to develop in the fields of language, history and music, in the new Turkish state which was then yet to be founded based on the principle of one, united nation as opposed to the mosaic of nations which we call the Ottoman Empire.

The creation of a contemporary multi-voiced national music that powerfully expresses the political unity of the newly-established state and takes as its basis Court Music, which was based mainly on the Ottoman principle of union of Divine Love and Existence and would constitute a refined blend of a huge geographical area and folk music, reflecting the spirit of the masses in depth, was one the most important goals Atatürk set forth. To create masterpieces that would perfectly fit the new Turkish nation with its subject and musical formation… In this regard, this was a move to revitalise our own independent national culture, unlike the Westernization movement in the field of music in the Tanzimat Edict. This was, in a sense, a return to the essence, an attempt at a revival of an independent national ideal.

In honour of the Shah of Iran’s visit to Türkiye in 1934, Atatürk himself commissioned the Özsoy opera, composed by 27-year-old Ahmet Adnan Saygun to a libretto by Münir Hayri Egeli, pioneering this revolutionary movement with both its name and subject.

The opera actually had as its main theme the fact that the Turkish blood formed the essence of Iranian and European civilisations some 40 thousand years ago. Unfortunately, upon Mustafa Kemal Atatürk’s death (and even perhaps while he was still alive), these goals and objectives were to be shelved by Western detotees, and instead, the myth of the birth of civilisation being of European origin would be pursued eventually creating a cultural turmoil, where the conflicts between Alaturka and Alafranga and One Voice Music and Multi-Voiced Music are still being debated by enthusiasts to this day. However so, both classical Turkish music and multi-voiced music are very much ours and unique.

At long last, our esteemed President has implemented a project that will eradicate this polarization. After almost a century, since Atatürk and A. Adnan Saygun’s collaboration, President R. Tayyip Erdoğan has entrusted Hasan Uçarsu, an esteemed student of Saygun, to compose Sinan opera, which tells about our great architect Sinan, who immortalised the spirit not only of İstanbul but of the whole Anatolian region in his works which have come to be known as Süleymaniye and Selimiye mosques.

In his final hours Adnan Saygun entrusted Hasan Uçarsu to us as a national treasure. I sincerely hope and believe that this meeting between the President and the Artist, taking place eighty-four years later, will help us create works that will forever honour our nation – just as these said historical examples and the collaboration of Atatürk and Saygun did. This is what the Atatürk Cultural Centre is meant to represent, and it is a cultural step which will bring pride to our nation.

I would like to express my deepest gratitude to first and foremost our President, the Ministry of Culture and Tourism, and the presidential senior advistor Mr. Fecir Alptekin, who has successfully withstood all sorts of handicaps. I also want to express my deep and sincere gratitude to the art directors, costume and set directors, orchestra chefs, the choir, soloists, backstage crew, stagehands and managers of the Opera, who were involved in this historical project. I feel extremely honoured that the libretto was written by referring to my dear spouse’s work Koca Sinan, which he wrote by request of Mimar Sinan Fine Arts University, with Sedat Hakkı Eldem as his architectural consultant, but has never got the chance to actually shoot. Last but not the least, a special thank goes to Mr. Ali Saydam for fiercely advocating for the reopening of AKM.

I’d also like to take this opportunity to express that it’s our greatest wish to see the operas of our dear composers, who have been the Republican Era’s and the 20th century’s sources of pride and the most esteemed representatives, staged in this monumental structure as they have long waited to be unearthed. Turning a blind eye to these masterpieces means denying Atatürk and national culture. Let’s us remember once again that “The foundation of the state is national culture.”

Another development that crowns this joyous moment is, without doubt, that Taksim Mosque, with its sublime aesthetics, and Atatürk Cultural Centre will be facing and embracing one another as representatives of peace and tranquility and as symbols for the reconciliation of the Crescent and Star, two figures from our flag.

May the reopening of AKM bring joy and prosperity to our country and nation as well as world art community.

Feeling The Same Excitement After 52 Years…

I Watch AKM With a Light Heart and Start Dreaming!

AKM's Place in the Life of Arts and Culture in İstanbul